The fear of inflation is back. After a week of relative certainty that the markets were calming, that commodities were falling, and that this cocktail NEEDED to lead to somewhat more comfortable inflation for us and for global finance, we decided to plunge back into fear and depression. Fear of seeing inflation not fall as much. Fear of the return of COVID – which seems to be happening in China with the “combat” version of the virus – BA.5.2.1 – and depression because it seems that we will never get out. Get out of this problematic relationship between inflation and recession.

Aside from the fact that tomorrow we will get CPI data, it was imperative for stakeholders to find another reason to sell. Especially since we don’t really know what to expect from inflation figures, and everyone has their own opinion and personal interpretation: “it’s too early for it to fall”, “the risk is too great that it will go up again”, “too it is dangerous to rely on just that” or even “what CPI??? “. SO until tomorrow at 14:30 we will stop breathing to see if it is above, below or equal to the CPI of 8.8%. This is 0.2% more than in May. And that subsequently we are entitled to a whole string of analysts who will come to us and say: “I told you, I knew I didn’t say it too loudly, but we will have to wait for the July CPI to see it clearer,” so we focused on the return of COVID and its new delusional variety under BA.5.2.1 One thing’s for sure, the first versions had even cooler names, the Greek letter is still more fun to say than a car number or the name of one of Elon Musk’s kids.

However, the Chinese, having barely opened almost everything, are on the verge of closing everything. It’s starting to get a little unwieldy and it’s not even funny anymore. In any case, the city of Macau was ordered to close the casino for a week, and the entire sector across the planet was destroyed. But on top of all this, the fear of another “Made in COVID” downturn has also impacted the market, which is also the excitement of tomorrow’s numbers. It’s true that after the Nasdaq’s 7% bounce, it was better to take profits, and as my father said, “It’s better to be a living coward than a dead hero.” The entire stock market, which was smarter on Friday night and showing confidence in inflation, no recession and a rather tepid publishing season, suddenly turned its back and found plenty of reasons to say it was wrong.

In any case, if you have the courage to open another newspaper this morning, and not L’Equipe, when you return for bread from the bakery, you will see that the arguments are that we are all going to die and that it is better to run to the beach. to go – just to do something other than finance – is legion.

First of all, it is the euro/dollar, which is screwing up every day and which has begun (since yesterday) to scare the Americans. Yes, because as crazy as it sounds, American multinationals make 30% of their money overseas. So it’s inevitable that after a while at parity it will be a little less interesting to export. On the other hand, it’s just fun; the fact is that the euro/dollar fell from 1.15 before Putin went crazy to 1, and only since yesterday we are wondering if this could not “accidentally affect the numbers for the quarter, year or even the rest decade”. It’s a bit like expiration dates; nothing happens in 1.14, nothing in 1.10, nothing in 1.08, nothing in 1.05, still nothing in 1.0199999 and suddenly: BAM!!! We are waking up. And that’s not all. There is also Russian gas, which is beginning to unnerve Europe.

Finally, it’s funny that it’s 35 degrees outside right now and our concern is to find short enough shorts and a light enough T-shirt to go to the beach. It might be a little less fun when you have to buy a Ford Interceptor and drive through the outback to find something to keep you warm this winter. Or just go chopping wood in the woods for those who don’t like V8 and prefer to be closer to nature. In any case, yesterday the French economy minister, the supremely likable and very charismatic Bruno Lemaire, a writer of erotic novels in his spare time, was very pessimistic about gas supplies in the coming months and believes that this is very likely. that Putin will permanently turn off this feed. It seems like some kind of sanctions against Russia, it still works super-well. I don’t know who came up with this brilliant idea, but given Europe’s collapsing trade balance and the fact that it will soon be cheaper to heat up by burning 200 euro notes, we can see that this is indeed economically efficient. Well, the good news is that while we’re freaking out over gas supplies, no one takes the time to ask Macron what he did with Uber back then. It masks.

So the day is going to be shitty everywhere. Growth sectors came under pressure, the Nasdaq fell over 2.3% and in Europe we started to go crazy because the euro/dollar was in worse shape. Danske Bank issued a profit warning due to the weakness of the euro, and we suddenly realized that all companies that trade in euros in one way or another will gain full strength. That is, everyone. With sympathy, financiers followed the movement of Danske Bank, which is usually mentioned more for its money laundering operations than for its balance sheet, but yesterday it suddenly became the DIRECTORY of world finance. DAX was still ending its day at the bottom of the tank, but still above the supports. And then the CAC40 ended its day just below 6,000 points. In short, a good shitty vibe that was very different from what we experienced last week. 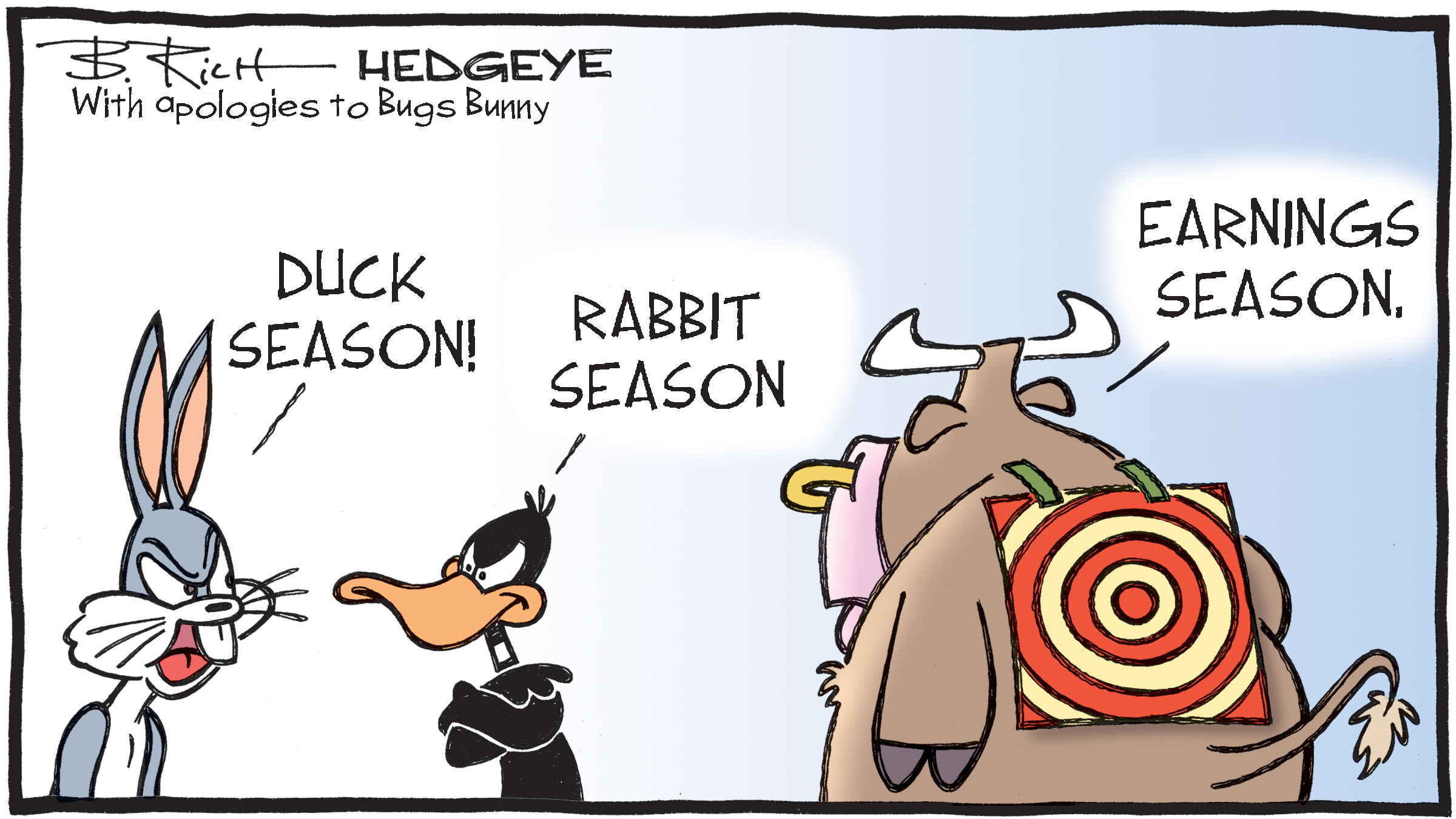 In the news of the day, we talk about the case on Twitter. The fact is that Twitter screams about death, and Musk makes fun of them on the networks, answering with “memes” on Twitter. Also, I don’t understand why Twitter hasn’t closed Musk’s account yet, as they did with Trump. In short, the case will last, but this morning Barron’s is worried about the slowdown in digital advertising growth and the fact that Twitter will face many other worries, in addition to Musk’s non-ransom. The newspaper talks about a potential drop of another 30%. Otherwise, Bill Ackman will close his SPAC and return the money to his investors because he could not find a suitable takeover candidate.

As for the gurus, Morgan Stanley is very skeptical about the quarterly releases actually starting tonight. It must be said that Morgan Stanley has been very suspicious of everything in the last few months. We also note a very interesting article, which announces the goals of investment banks for the S&P500 index in 6 months. Everyone carefully studies what they announce, just to know what to do. Indeed, until now they have been so accurate in their predictions that it would be wrong to deny them.

Basically, Citi sees 4,200, Oppenheim sees 4,800, Crédit Suisse thinks we’ll be at 4,300, Morgan Stanley thinks it’ll be around 3,400, and Wells Fargo sees 3,900, total immobility. You are feeling better ??? We’re also talking about the 3 Arrows Capital fund that just turned $10 billion into dust and, as usual, wonder how that could happen. This could happen because “Greed is good” and when we promise foolish profits, we all want to believe it. Like those who believed in Madoff. Otherwise, the GAP CEO immediately leaves the company – the numbers are not good – and this portends a bad season for the CEO – fortunately, the “golden parachute” has been invented. This is at least one thing we learned from the 2008 crisis; we always fire CEOs, but we don’t say how much they’ll get when they leave.

At the moment, futures are in the worst shape, the S&P500 should open – theoretically – 0.6% lower, and this morning we are waiting for the economic forecasts of the ECB, as well as ZEW in Europe. This afternoon we will have the start of the quarter season with Pepsi, REDBOOK. In the meantime, the clock is ticking, ticking in anticipation of tomorrow’s consumer price index.

As for me, I think all I have to do is wish you a great day and I’ll meet you tomorrow to talk about Episode 214 of Season 8 of INFLATION. It became almost as painful to watch as a telenovela.

“In the end, it’s not the years of life that matter. This is life at your age. -Abraham Lincoln