I have always told you, in the wonderful world of finance; we are seers. There are very few people on planet Earth who can look ahead and see as far ahead as investment experts and Wall Street stars. This ability to analyze several stories head-on and draw accurate and – in most cases – accurate conclusions within a few minutes never ceases to amaze me. Yesterday we were again able to demonstrate our above-average skills, destroying the market and oil due to the impending recession, and managed to turn the market because the recession lowers rates.

Less equal than others

So yes, we didn’t manage to do everything at the same time and in one second. So there must be collateral damage. In the specific case that concerns us; collateral damage has a name: Europe.

We were on the brink of stock euphoria early in the session yesterday morning because the Americans were “so close” to pulling their pants down on the Chinese on customs duties, all to bring inflation down to 0.1%. And suddenly the rumor spread like wildfire:

We could finally be in recession very soon!!!

It’s just that this “monster” is a surprise, since we’ve been talking about it for at least 3-4 months. But it must be remembered that yesterday we took it one step further, convinced that it was going to be total crap, and that we may have played it down a bit. That the Fed will have to do whatever it takes to quell that famous inflation, and that the era of “Whatever it takes to help the market” is long over. It’s not that there was some strong, compelling news that showed us the way. No. Just the fact that we are more convinced that we will be in a recession than we were the day before. And probably less than tomorrow. Or not.

Be that as it may, and no matter where this sudden conviction came from, that recession is watching us a little more today than yesterday, the first region of the world that had its teeth full; this is Europe. The market collapsed completely on sellers’ fears, and the final results were clear, with the DAX down 2.91%, the CAC down 2.68% and the Italian index down 2.99%. In Switzerland, we “limited” damage to a drop of “only” 1.65%. On this wave of recessionary fears, the players threw everything away without taking a single prisoner, giving a clear preference to the oil sector. The sector, which was in the TOP the day before, fell under the aggressive onslaught of sellers, who at the same time observed a drop in oil.

YES, BECAUSE WE JUST KNOW THAT WE ARE IN A RECESSION, THAT NO ONE WILL BUY OIL, EVER. Therefore, the barrel literally collapsed below $100. 20 days ago you would have asked any analyst, any trader, any investor, they would have told you that oil CANNOT DECREASE and the question was not if it would rise but how far it would go. get up. The answer was: for now. We were at $123.75 20 days ago and EVERYONE was convinced we were going to $150 or $180… MINIMUM. There’s even a guy from JP Morgan who showed up this weekend to tell us that a barrel could even cost $380. And that the only way to lower oil was to “suddenly destroy demand.”

Yesterday, realizing and gaining virtual confidence, I don’t know what it means that we are going to enter a recession, the participants thus foresaw the destruction of demand. There is even a Citi analyst who estimated, and I quote: “The recession we are about to enter is so ugly that by the end of the year a barrel could even rise to $65, and in 2023 to $45.” And PAF, a sure shot at $180 oil that just evaporated. 814 of the 814 hits I’ve had in my career have vanished. I still have to start dating the right people!

So in Europe, we translated the drop in oil prices into the fact that we are about to experience one of the worst recessions in the history of mankind, and that those who were vegans were lucky because they had already learned not to eat meat. while others will have to learn how to hunt rats on the streets of Paris and then find recipes on the Internet to cook them. Thus, the markets crashed and the DAX and CAC40 closed at the lowest levels of the year. The fence was absolutely WRONG from a graphical point of view.

Except that there are two ways to interpret the word recession.

Yesterday, when New York opened, the whole world agreed that the word “recession” means that we are in a hell of a mess and that without central banks, with the total destruction of demand, the capitalist system will collapse. like an overripe apple, and the end was near. Thus, the US indices started the session in the shadow of Europe, as well as Europe. And then, just as Europe ended its day at the bottom of the hole, at or below the lows of the year, an American showed up somewhere with a slightly crazy idea…

A somewhat crazy idea that if oil goes crazy as demand dissipates into the atmosphere and the whole world starts cycling, saving electricity, eating locally and no longer flying on vacation, and ordering anything over a network that could be delivered by a boat powered by diesel… All of a sudden, inflation was supposed to disappear, as if by magic, as if the Harry Potter team at Hogwarts were working at the same time to make it disappear with a Magic Wand. And if inflation were dissolved in the atmosphere, the Fed would no longer need to raise rates. NEVER. They might even have to downgrade them. Not to mention, we briefly experienced a 10-year and 2-year inversion yesterday, once again confirming that the recession is galloping. Even if we usually only worry about this signal when it suits us, this time we clearly told ourselves that in these conditions the Fed can only be our friend and that Powell is still a good guy. 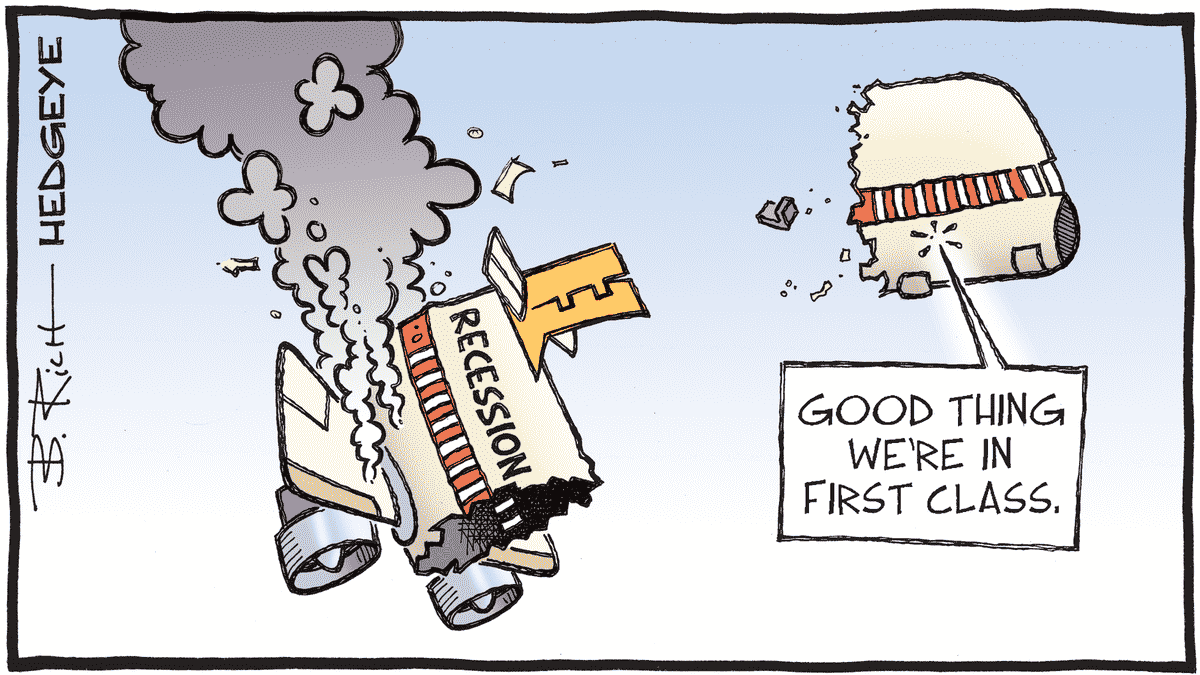 In this atmosphere of joy and happiness, when we suddenly saw Powell descend from the sky to open up the waves of the Atlantic so that people can bike in the US so as not to hurt the carbon footprint, and so that he continues to multiply the promises of rate cuts as Jesus multiplied bread and liters of wine, the markets turned 180 degrees, and we did the exact opposite of what the indices of the old continent did. Tech stocks that no one wants anymore have become trendy again, and suddenly we were amazed by the fact that 10-year yields started to fall again and that suddenly value was less trendy than rising stocks.

Yesterday’s session will be extraordinary in the sense that we practically applied all economic theories, translating them into the behavior of the stock market during the day, without any concrete information, except for speculation and interpretation. Keeping in mind that we will have the minutes of the FOMC meeting tonight, which should confirm that Powell is so eager to bring inflation down to 2% that it is possible that he will tell us that “by all means, I will bring inflation down” . and I don’t care about the rest.” In any case, oil therefore decided to engage in hostilities in order to move in that direction. The price of gasoline in the US has been in a steady decline for 21 days now and the price of gasoline in Europe is still high as we wonder if it is a good idea to cut prices and give motorists bad habits, given that they will soon ban driving anyway.

This morning, Asia is more supportive of the fact that inflation will suffer, and even if rates never rise again; not sure if this is enough. All three indexes fell by an average of 1.2%. Oil is $100, gold is $1,766, as there will never be inflation again if oil is $45 next year and bitcoin is $20,000 — just like all morning.

In today’s news, Biden’s proposal to abolish federal fuel taxes has been defeated. Of course, now that it’s down, those stupid motorists keep paying taxes. We’re not going to give them gifts. Otherwise, Boris Johnson will be in trouble again as several ministers flee. But it doesn’t affect anyone. Otherwise, we are talking about oil, inflation, recession, and how the minutes of the FOMC meeting, which will be released tonight, will change our lives. Until Friday’s non-farm payrolls.

However, there will be many other figures and the ECB to speak out. In the US, we will have JOLTS, as well as ISM in non-manufacturing and PMI in services. I don’t even dare to imagine the interpretation that could be made of it. At the moment, futures are down 0.16%, Asia is in the red, and oil is clinically dead.

I can only wish you a good day and see you tomorrow!

“Success is not final; failure is not fatal: what matters is the courage to continue. -Winston S. Churchill