The world economy is at a difficult stage, when uncertainty reaches a very high level. 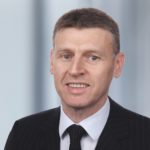 Briefly about the most important

“A strong economic recovery after the coronavirus is a thing of the past.”

The world economy is at a difficult stage, when uncertainty reaches a very high level. With slower growth, persistent inflation and tighter economic policies, the war in Ukraine and the Covid wave in China are creating major stagflationary shocks that are straining policymakers and threatening expansion.

Downside risks to the global economy have increased significantly since the first quarter. The baseline scenario for the global economy has been revised down to reflect slower growth and higher inflationary pressures. Thus, the IMF revised its main scenario for global growth to 3.6% in 2022 from 4.4% expected in its January forecast. The IMF inflation forecast is currently 5.7% in developed countries and 8.7% in developing countries for 2022.

The war in Ukraine and the resulting Western sanctions, combined with the lockdown of China, are creating a combined negative supply and demand shock that is pushing up energy and commodity prices, eroding business and household confidence, restricting supply chains and disrupting international trade. If these exogenous shocks do not find an outlet, growth expectations may still be revised down in the coming months.

The Purchasing Managers’ Indices (PMI) confirm the slowdown in the second quarter. The global composite PMI fell from 52.7 in March to 51 in April, with the services sector falling even sharper. Supply chain restrictions and price pressures remain high. Growth prospects vary across regions due to asynchronous cycles, differences in economic policies, and differences between the aftermath of the Ukraine conflict and the resulting energy shock.

Weakened by a widening trade deficit and low inventories, the US economy contracted 1.4% year-on-year in the first quarter of 2022. However, consumer demand and business investment remain stable. The labor market is also very well oriented, with an unemployment rate of 3.8% and wages rising rapidly. Inflation is high and holding. Headline inflation was 8.3% and core inflation was 6.2% in April, but there are signs of a possible rebound.

The Fed has launched an aggressive monetary tightening cycle that is likely to bring federal funds to a neutral rate, estimated at about 2.5% at the end of the year, on the margins of quantitative tightening that has just begun. Thanks to the strength of the economy and employment, the Fed is likely to achieve a soft landing, convinced that it has room to maneuver to tighten its policy and moderate overall demand without triggering a recession.

It is not yet certain that the central bank will be able to return inflation to its target level without triggering a recession. However, it is highly likely that the Fed will tighten its policy until inflation is under control.

In the euro area, the situation seems less rosy. The economy grew in the first quarter at a sluggish pace of 0.3% qoq. After the conflict in Ukraine, the European Commission revised its growth forecast for 2022 from 4% to 2.7%. Recent economic statistics paint a mixed picture. PMIs stabilized at a low level in May after falling sharply in March. The labor market remains strong, with an unemployment rate of 6.8% and moderate wage growth. But beneath the surface, the effects of the Ukraine conflict and high energy prices are definitely being felt. Economic confidence is plummeting, industrial production is hampered by supply chain disruptions and high energy prices, and orders are falling.

Inflation was at a record high of 8.1% in May, with core consumer price inflation (CPI) accelerating to 3.8%. Inflation is driven by energy and food prices, but the phenomenon is now spreading to other sectors as well. The ECB has tightened its tone to cap inflation expectations while fiscal policy should remain broadly accommodative in 2022. The central bank will end its asset purchase program in June 2022 and will likely raise its key rates in July with a view to bringing them to zero by the end of the year. However, significant risks looms as interest rates will be tightened in a slowing economy, and this tightening will have little effect on inflationary pressures, as they mainly come from energy and commodity prices. Market fragmentation (the distribution of yields between the center and the periphery of the region) is an additional cause for concern, which will require the ECB to be flexible.

In our view, the European Central Bank will not raise rates as much as the markets currently expect. Despite optimism driven by the reopening of the economy and the start of the tourist season, headwinds from the conflict in Ukraine, rising inflation and a slowdown in China’s economy are expected to continue to weigh on the zone’s economic performance. .

The Chinese economy has been slowing down for some time now. Despite a temporary resurgence during the first two months of 2022, extensive lockdowns were put in place as part of a “zero Covid” policy in the face of a new wave of Omicron option, resulting in severe disruption to economic activity. Thanks to a very strong start to the year and government support measures, GDP growth reached 4.4% yoy, but the economy remains in a weak trend and experienced a sharp decline in April. The National People’s Congress has launched sweeping initiatives to stimulate the economy, and China’s State Council has announced a number of impressive measures to prevent the economy from falling into an excessive recession.

In an environment of low and falling inflation (the headline CPI is 2.1%) and sluggish consumer demand, the People’s Bank of China (PBOC) is accelerating its liquidity injection and cutting rates to support activity. Fiscal policy must remain very flexible. In our view, government assistance should come into play gradually, and its impact on economic growth will probably not be seen until the second half of 2022.

But China is struggling to align its health policy to tightly contain the sources of Covid infections with the support given to its faltering economy. As President Xi Jinping runs for a third term as General Secretary of the Communist Party of China, this state of tension is expected to continue through the fourth quarter, with China’s economic growth struggling to reach its official 5.5% target this year.

Will the advanced economies of the US and the Eurozone manage to slow down gently to avoid a recession?

Adverse trends are intensifying, increasing downside risks and reducing the chances of a soft landing. Several factors will help determine the course of events:

Faced with a severe stagflationary shock, increased dependence on Russian energy and limited fiscal space, the EU is at risk of recession. With their economy more resilient and better insulated from the Ukraine conflict, the United States is better prepared to avoid such an outcome. That being said, the Fed’s path is extremely short, and the risk of a policy mistake (in the form of over-tightening) should not be underestimated.

More information about the Etna foundations