After DeFi, GameFi, SimpFi, NFTFi and MetaFi comes SocialFi, the epitome of “social finance”. This concept may be new to some, but others have already seen the flow of tokens into their accounts. crypto wallet. Because, apparently, many influencers and economic players are embracing this new wave with ease. But before we enter the lair of SocialFi, which we’ll be doing another more comprehensive post about, let’s first see how the concept was able to see the light of day. 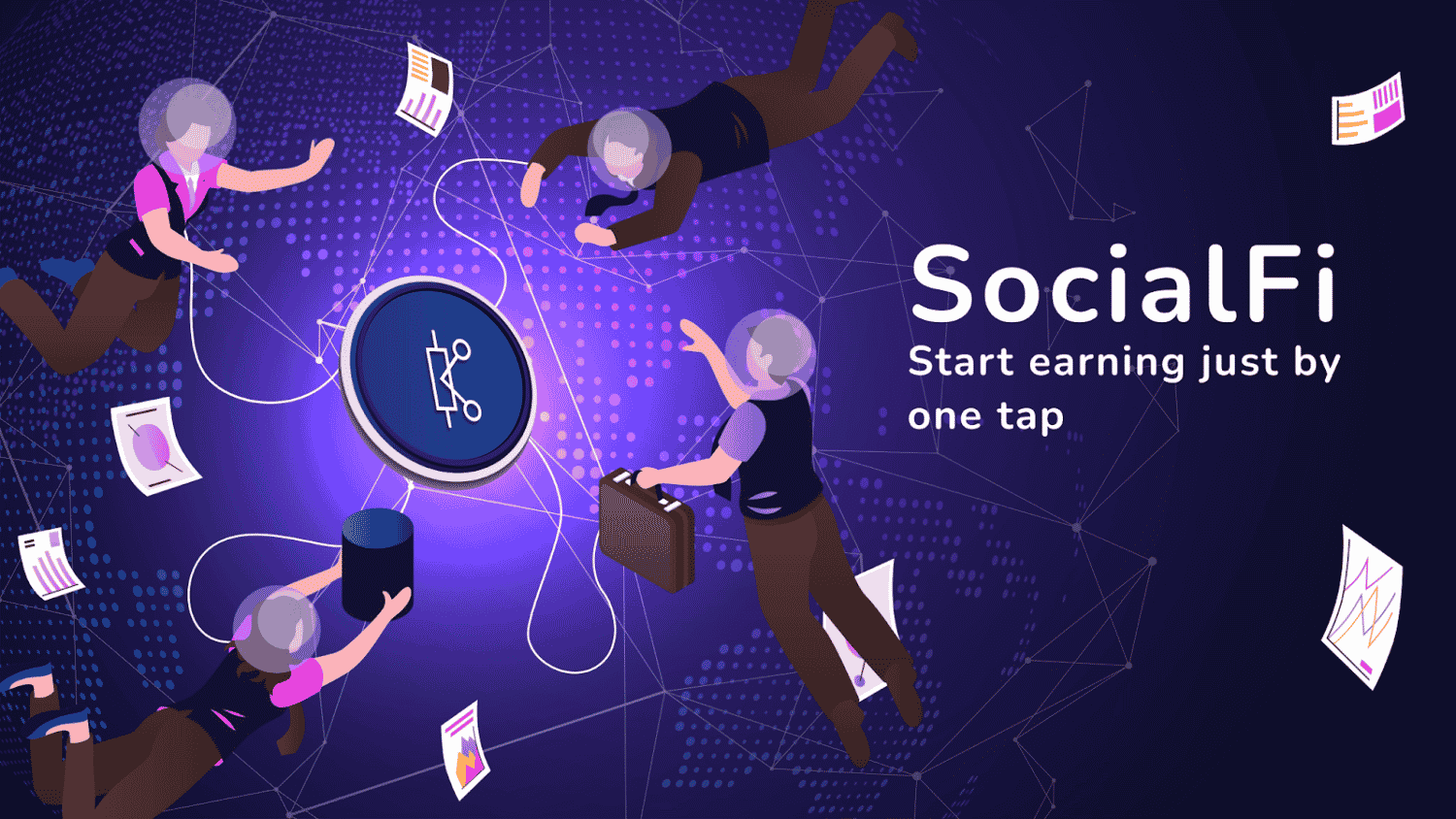 Blockchain is like a ledger containing a database that records all the transactions made by men. Thanks to this, the latter enjoy the transparency of the entire system, which is combined with the ability to verify the accuracy of all data. You know that the blockchain also allows the transfer of cryptocurrencies such as bitcoin (BTC). Cherry on the cake, this operation will be done quickly, irreversibly and inviolably.

Except that blockchain technology is not limited to just that. It can indeed be used in many sectors such as medicine, agriculture (as in Africa) or hospitality. For example, a blockchain application in a hospital will facilitate and secure the transfer of patient medical records.

Let’s not forget that blockchain rhymes with smart contract, the smart device that spawned decentralized finance (DeFi) and non-fungible tokens (NFTs), among others. And it was the latter that contributed to the emergence of GameFi and DeFi 2.0.

From GameFi to SocialFi

To understand GameFi, we invite you to discover Axie Infinity. Basically, it’s an NFT game. Play to earn which features battle-ready characters called “Axies”. Accumulating winnings, you will receive rewards in the form of tokens that can be exchanged for fiat. Axie Infinity is said to be supporting families in Thailand and Indonesia as they can earn around $2,000 a month there.

This way you get an idea of ​​what GameFi is all about, this mixture of blockchain and gaming environment. Based on this system, players, especially those with an advanced level in NFT, can round up their end of the month or even earn more. Also note the existence of other games besides Axie Infinity. Moreover, all currently existing games can be transformed into a blockchain game.

From this arise social tokens, which are analogous to rewards for the personal reputation of an influencer, a brand, or a given community. Thus, the more the community wins, the more these actors win.

The Metaverse, although born in the 90s, became famous for the transformation of Facebook into the Meta at the end of October 2021. This choice by Mark Zuckerberg and his staff could be due to a technical glitch known to the social network on October 4, 2021. But it is likely that this will be due to the desire of Facebook to conquer Web3. To do this, the American company will rely on the capabilities of the online and virtual worlds, combined with augmented reality (AR), virtual reality (VR) and blockchain.

It was under such conditions that “social finance” (SocialFi) was able to develop. There is no doubt that it will provide assets to all blockchain, NFT and GameFi enthusiasts given the revolution brought about by the Internet and the Internet.

Get a digest of news from the world of cryptocurrencies by subscribing to our new daily and weekly newsletter so you don’t miss any important Cointribune news!

Blockchain and crypto revolution is in full swing! And on the day when the most vulnerable economy of this World is being hit, against all hope, I will say that I had something to do with it.