After an exceptional 2021, the first half of 2022 has been emotional and difficult. The Russian invasion of Ukraine, runaway inflation and the start of a cycle of Fed rate hikes put pressure on stocks and bonds while commodities were booming. Here are ten stories from a tumultuous first half worth remembering.

This is without a doubt the most dramatic and significant event of the first half of 2022. While a Russian invasion of Ukraine earlier in the year seemed plausible, Russian President Vladimir Putin’s decision to wage a full-scale war outside the separatist region of Donbass stunned the world. Beyond the human tragedy of the conflict, the sanctions imposed by the West have serious implications for the economy and the global monetary order. 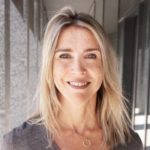 This historic episode comes at a time when the supply of raw materials is no longer sufficient to meet demand. However, Russia produces and exports the vast majority of them: oil, natural gas, industrial metals, precious metals and agricultural raw materials. Thus, the world economy is facing a sharp contraction in the supply of raw materials, with implications for both growth (downside risk) and inflation (upside risk). At the time of writing this report, a quick end to the war, and hence the imposition of sanctions, seems unlikely. Even if an agreement is reached, normalization of relations between Russia and the West could take years as long as President Putin remains in power. 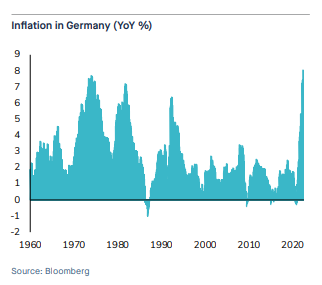 Inflation continues to amaze with growth, having reached a multi-year high all over the world. In April, the US consumer price index jumped 8.5% from a year earlier, reaching its highest level in 40 years due to rising prices for gasoline, food and housing. The United States continues to experience high rent and wage inflation. In Europe, inflation in Germany accelerated in May to 7.9% year-on-year, the highest level since monthly statistics were first calculated in 1963. If we limit the direct impact of the conflict on the world economy (the Russian economy represents less than 2% of world GDP) , rising commodity prices could contribute to higher or at least more sustained inflation. Covid-related sanctions and lockdowns in China could lead to new bottlenecks in the supply chain. 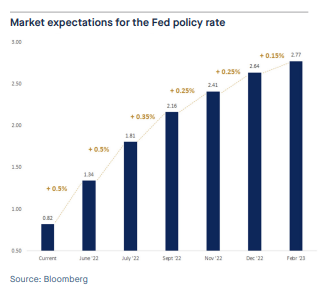 On March 16, the FOMC tightened interest rates for the first time since December 2018. While Chairman Jerome Powell initially called post-vaccination inflationary pressures “temporary,” Fed officials disagree. During the first half of the year, they signaled their intention to make multiple rate hikes as well as cut the size of the Fed’s balance sheet. As expected, the Fed raised rates by another 50 basis points in May, and the market expects to raise another 50 basis points at each of the next two FOMC meetings in June and July.

In the meantime, investors have adjusted their expectations accordingly, looking for a quick and sharp cycle of rate hikes in the short term, with potentially negative implications for growth and hence rates going forward. The European Central Bank (ECB) will likely have no choice but to normalize its monetary policy. The market currently expects more than 100 basis points of rate hikes before the end of the year.

4. From Fear of Interest Rates to Fear of Recession

From a macroeconomic perspective, global GDP continues to grow above trend, but forecasts for 2022 have been sharply revised down. This caused the market to move from rate fears (or bond yields that affect stock prices) to recession fears; indeed, rising food and energy prices are likely to drive down consumer spending, while businesses may be forced to cut hiring and spending if rising wages and energy costs affect profitability.

Economic indicators point to a sharp slowdown in US growth. In Europe, groups representing German employers and trade unions have jointly opposed an immediate ban on natural gas imports from Russia, saying such a move would lead to plant closures and job losses. 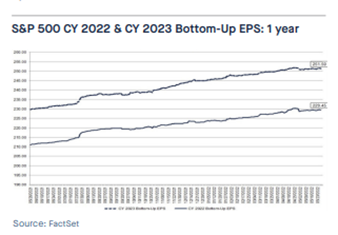 Despite all the negative headlines about war and inflation, there are a few bright spots, including two areas of relative economic power for the United States. First, the U.S. consumer remains healthy, unemployment has fallen to 3.6%, a post-pandemic low, and average hourly wages are rising at a healthy +5.5% year-on-year. American households entered the year with more than $2.5 trillion more in savings than before the pandemic, giving them some respite from rising borrowing costs. From a corporate perspective, balance sheets and earnings growth have been robust, and we continue to see growth in revised earnings figures for 2022. Typically, analysts lower their earnings growth forecasts for the year in the face of the events of the first quarter of 2022. But we haven’t seen it yet. The S&P 500 earnings growth forecast is now 10%, up from 7.0% at the end of 2021.

In the first half of the year, the S&P 500 fell 20.6%, the biggest drop since 1970. . The Nasdaq has lost 29.5% since the beginning of the year, which is the worst start to the year on record. European stocks posted their biggest half-year decline since the global financial crisis, with the Euro Stoxx 50 down 19.6% (in local currency terms). The MSCI Emerging Markets Index fell 18.4% (in US dollars). The Japanese Nikkei 225 fell 9.9% in local currency terms, but the Japanese yen’s fall in dollar terms was much larger. In terms of style, global value (-6.5% YTD) outpaced global growth (-29.5%) well.

7 – Bond markets are not fulfilling their role of diversification

Diversified portfolios with multiple assets have suffered since the beginning of the year for obvious reasons. While bonds and stocks tend to have a weak or even negative correlation, the background has been very different in recent months. Not only are most stock markets currently down 15-20% year-to-date, but bonds are also posting double-digit negative returns in 2022. This is a record year for balanced stock/bond portfolios. Indeed, the global bond market has just suffered its biggest drop in history. Since the beginning of the year, the Bloomberg Global Aggregate Bond Index has lost 13.9%. US Treasuries fell 9.1%. Euro-denominated government bonds fell 12.2%, while emerging market debt fell 17.1%.

8 – Exceptional start to the year for commodities 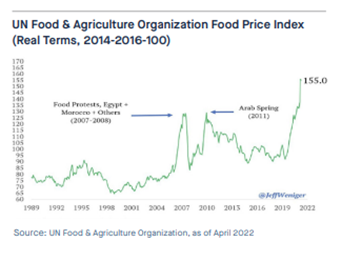 Commodities were the top asset class in the first half of the year. At the end of May, the Bloomberg Commodity Spot index rose by 17.9%. Oil has caught the attention of many, with the price of Brent oil up nearly 40%, the best start to the year for oil since 1999. Since the Ukrainian invasion, natural gas prices have also skyrocketed.

However, not all product segments had positive results. After a solid first quarter, industrial metals ended the period in negative territory as COVID-19-related lockdowns in China impacted industrial activity and threatened to limit metal imports. Copper fell by -17.4% in half a year.

The dynamics of precious metals was also negative. Gold fell -1.2% in the first half of the year, while silver fell -13.4%. Meanwhile, food prices jumped and then eased slightly in June.

Since the beginning of 2021, the balance has completely changed. Energy Sector ETF ($XLE) is up 82% compared to QQQ (NASDAQ 100 ETF) down 11%. As shown in the chart below, relative overproduction and backlog patterns are part of long-term trends. For example, between 1990 and 2000, technology stocks outperformed energy stocks. Then, between 2000 and 2008, it was the turn to dominate the energy sector. The trend reversed again between 2008 and 2020, with technology stocks significantly outperforming energy stocks. Is the energy overshoot from 2021 part of a long-term trend that could continue into the current decade?

10 – Strong dollar. And the worst start of the year for cryptocurrencies

The dollar rose strongly during the first half of the year. Expectations of a faster monetary tightening in the US helped the currency recover, which gained 9.3% in the first half of the year. Surprisingly, the Russian ruble is one of the best performing currencies in 2022, having gained 17% since the beginning of the year. The Turkish lira performed the worst with a drop of almost -30%. The Brazilian real (+7.5%) strengthened on the strength of commodity markets.

Cryptocurrencies have had a bad start to the year in their history. The general asset liquidation movement, in place since November 2021, is further impacting the most speculative market segments. Cryptocurrencies have already experienced a sharp drop, which then accelerated with the fall of the “stablecoin” TerraUSD (UST). Bitcoin fell almost 60% in the first half of the year. Ethereum has been worse, falling 72% since the start of the year. The market capitalization of all cryptocurrencies fell below the $1 trillion mark for the first time since the beginning of 2021.