In documents submitted by Samsung to the Texas Comptroller’s Office and released on July 20, the company plans to invest $200 billion in the US semiconductor industry. While this is a purely hypothetical investment project at this point, it is driven by several factors, including the approval of the Chip Laws by Congress. If successful, the amount will allow the construction of eleven new plants. The country will significantly strengthen its position in this industry, which is currently dominated by Asia.

Hypothetical investments on the horizon of 2034

Nothing obliges Samsung to guarantee this $200 billion investment. However, the South Korean manufacturer has made it clear that if the United States is persuasive, it will be able to implement this strategy over the next two decades. This would dramatically increase the production of chips in the US.

In the same category 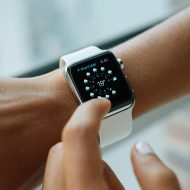 Apple is reportedly working on the Apple Watch Pro.

This investment, filed in late May with the Office of the Comptroller of the Texas Public Accounts, is partly motivated by the end of 2022, the expiration of a ten-year property tax reduction program introduced by Texas to encourage the development of industry in its territory. Samsung takes the lead and initially seeks to assess the viability of such an investment.

The $200 billion will be used to build nine new semiconductor manufacturing plants in Taylor, Texas, and an additional plant in Austin. Then production will not start until 2034 at the earliest. The company already has two factories in Austin, which is a real technology hub in the US. Samsung already announced a $17 billion investment last year to build a third plant.

Chip laws could play a crucial role in Samsung’s strategy

The decisive factor in the implementation of this major investment remains the passage of the Chips Act by the US Congress. Lawmakers are taking their time to agree on a common text for this bipartisan bill, which promises a $52 billion investment to boost the semiconductor industry. This prompted US manufacturer Intel to voice its displeasure and delay the opening of its new plant in Ohio.

An irritated US Secretary of Commerce, Gina Raimondo, reiterated on Thursday, July 21, the importance of passing this law in the interests of the country. Samsung’s investment will be critical to the US semiconductor industry, job creation and innovation, she said. She once again urges Congress to find agreement on the text of the law.

Greg Abbott, Governor of Texas, believes this investment in Samsung will generate billions of dollars of additional capital that will help cement the state’s position as “the national leader in the semiconductor industry.”

in wall street magazine clarifies that it is not clear at this time whether the $200 billion is part of another $343 billion investment plan previously announced by Samsung to develop its operations over the next five years. The Korean company intends to strengthen, but it will have to wait to see if this will be done in cooperation with the US.