We could talk about last Friday. Mention may be made of the fact that “suddenly” we have given importance to economic numbers, which usually mean absolutely nothing. We could also tell ourselves that things are going better and that the recession is suddenly no longer a concern because the consumer was still consuming more than expected last month and the fact that he is not stopping consumption shows that the economy works good. . But whatever you wanted to discuss last Friday is irrelevant compared to the fact that we have 70 S&P500 companies reporting this week. Good luck to all.

Be that as it may, one should still remember that world markets ended the week on a positive, if not euphoric, note. This is because consumption data released by the University of Michigan turned out to be better than expected. I take this opportunity to recommend that you understand a little about how these numbers are calculated. Because, not wanting to spoil the surprise for you, you will realize that it is based on polls, which mean so little to say that I think that trying to read consumer sentiment in a full sheep’s stomach should be much more effective.

However, it was enough to lift the markets and save their asses for a week. Thursday night we weren’t so sure and most of the weekly indices were in negative territory. However, within a few hours and a few falsified numbers about the consumer’s desire to buy a dishwasher or not, we will reverse the trend and close most of the world’s stock exchanges in positive territory. Within a few hours, rampant and uncontrolled inflation will be forgotten, because as long as the consumer consumes, we do not care about the rest, and we even managed to tell ourselves that “this time for sure, the next CPI will be lower than the previous one.” We don’t know for sure, but we’re betting. One thing is certain: the investor’s vision no longer exceeds 24 hours, as our vision of the economy can change every day depending on the numbers – fake or not – that we balance every five minutes. Our ability to interpret virtually the same data from a different perspective in less than 48 hours is amazing.

The days ahead are sure to be exciting. First, we will have 70 S&P 500 members to go public, but in addition, we will start counting down the days UNTIL the next Fed meeting, which will take us most of the day. Anyway, considering our behavior on last week’s quarterly posts, I guess we haven’t finished laughing yet. No, because we all know that the publication of a quarterly result depends more on the interpretation that the “market” will make of it than on the absolute reality of the numbers themselves. But to look at how we behaved during last week’s banking publications is not even an interpretation anymore, it is rather a pathology that should be observed in psychiatry in psychiatric students who are graduating and accustomed to difficult cases.

Without going into too much detail, because we all know that publishing quarterly bank results is about as exciting as watching a plant grow. But, let’s say, there were still enough questions about the situation in the sector, not to mention the mental state of investors in connection with the reported data. If we quickly put things in order; To recap, we had JP Morgan midweek painting us a dramatic vision of the future by terminating its share buyback program AND providing over a billion dollars in future loan defaults. Not forgetting the fact that Maximo The leader of JP Morgan also announced to us the economic apocalypse for the coming months. 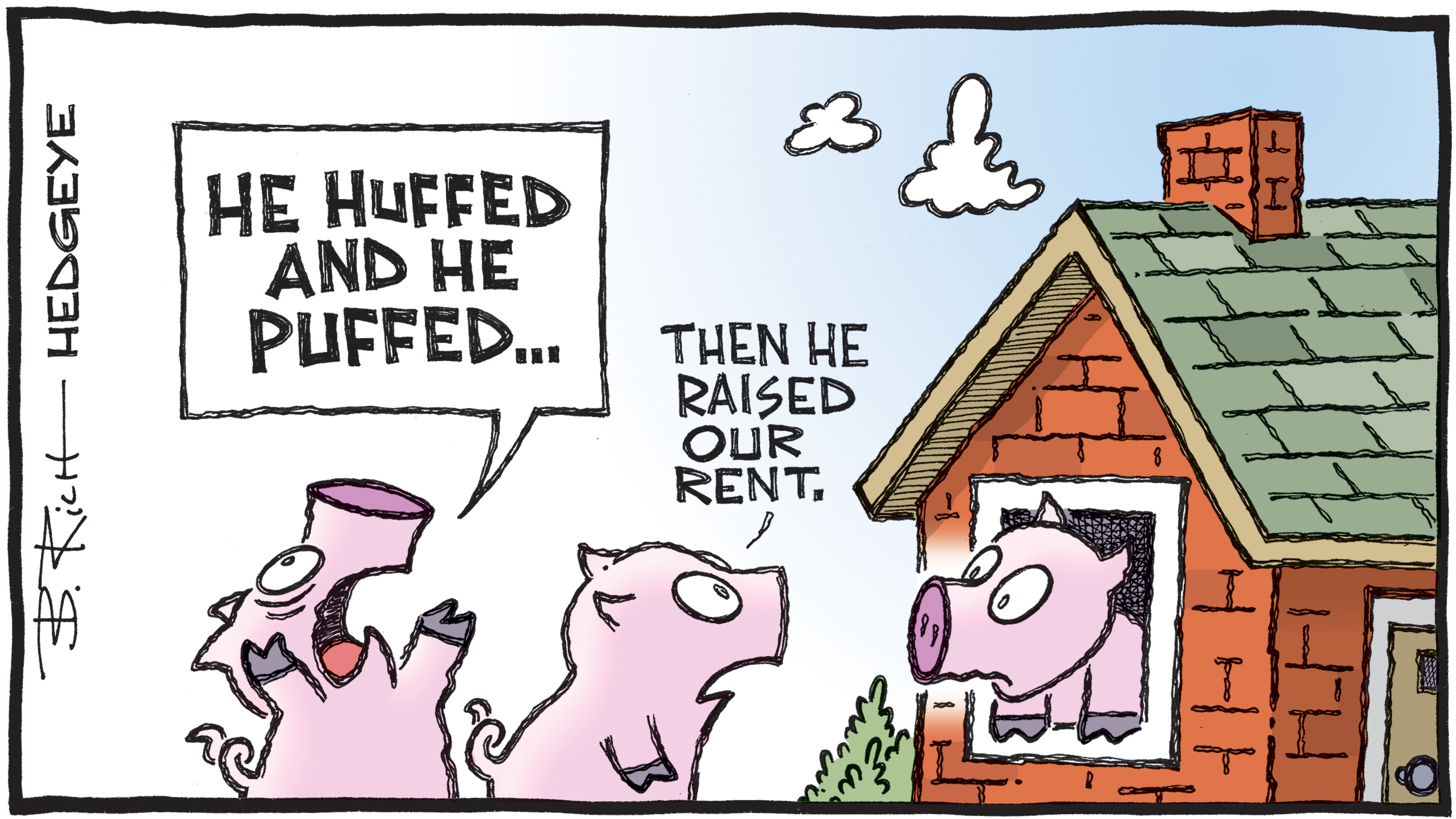 not everyone is equal

On the other hand, on Friday the photo was very different. Citibank shattered expectations and exploded over 10%, while Wells Fargo completely messed up its quarter (knowing Wells Fargo is American Credit Suisse as usual), but in the news the name also exploded upwards… In short. it’s just that in 48 hours the banking sector has gone from rotten numbers to behavior on the verge of euphoria. This demonstrates that this market is bipolar and unable to make any investments within the next 24 hours. Even those who invest to finance the retirement of employees reaching retirement age in 40 years cannot invest longer than tomorrow morning.

And it will continue. It will continue, because the upcoming week will be clearly interspersed with publications of the second quarter. First, because there is a week left before the Fed meeting, which begins next Tuesday, and because during this period, the Fed members behave much more cautiously and no longer express their opinion about everything and anything. Unlike usual. But besides that, most of the “major economic figures” have already left. So we can and SHOULD refocus on the numbers for the quarter, and that’s a good thing, because this week there will be sports. Sports with the rest of the bankers about to post and when we see the show they put on for us on Friday we tell ourselves it can still rock at the start of the week. But in addition, there will be Netflix, which should pay off the previous quarter, and Tesla, where we are facing a very difficult quarter. Therefore, I recommend to cling to your place and take it step by step with a sincere, naive look. Saying that the impossible is not in French in IMPOSSIBLE, there is the word “POSSIBLE”.

This morning, Asian markets rose sharply “due to the good performance of the US consumer” last Friday. Hong Kong grew by almost 2.7%, while China grew by 1.5%. Japan doesn’t do anything, but it doesn’t count because they are closed. On the other hand, we completely forgot the Chinese economic figures, which weren’t terrible and were ALSO released on Friday morning. Just as we “forgot” the political crisis raging in Italy (which can be understood, given that it is the national sport there). By the way, it should be noted that inflation in New Zealand is at its highest level in 30 years, and that even if we don’t care, because it’s very far away and there are only sheep, it still matters.

Otherwise, we will remember that oil is at $95, which is far from $180, which was a sure shot four weeks ago, and if we are talking about a sure shot, then we note that bitcoin is not at $100,000 yet, but still manages to get away. from $20,000 on the way up, as of this morning, the cryptocurrency is trading at $21,300. Gold is worth $1,714 and worthless as everyone now knows that inflation has been beaten. Or at least it will be next month when the next CPI data is released.

This isn’t news frenzy, but it’s clearly going to be a busy week. Between Biden, who will continue to shake hands in Saudi Arabia in hopes of lowering the price per gallon, this is what his “energy adviser” is promising anyway. But also that the ECB is meeting on Thursday and that we have to raise the interest rate to try to curb inflation, otherwise I don’t understand it anymore. Not forgetting that we will continue to swim from quarterly numbers to quarterly figures throughout the week. Also keep in mind that 49% of the analysts polled believe we are heading straight for the recession planned for January – slightly weaker than 3 weeks ago. And on this topic, Deutsche Bank continues to hammer in that the market has already fully taken into account the fact that there will be a recession. In terms of rates and forecasts, only 30% of experts believe that the Fed will raise rates by 1% in a week, which is half as much as when the CPI was released last week. Like the weathervanes we know, which change direction more slowly than “financial experts.” 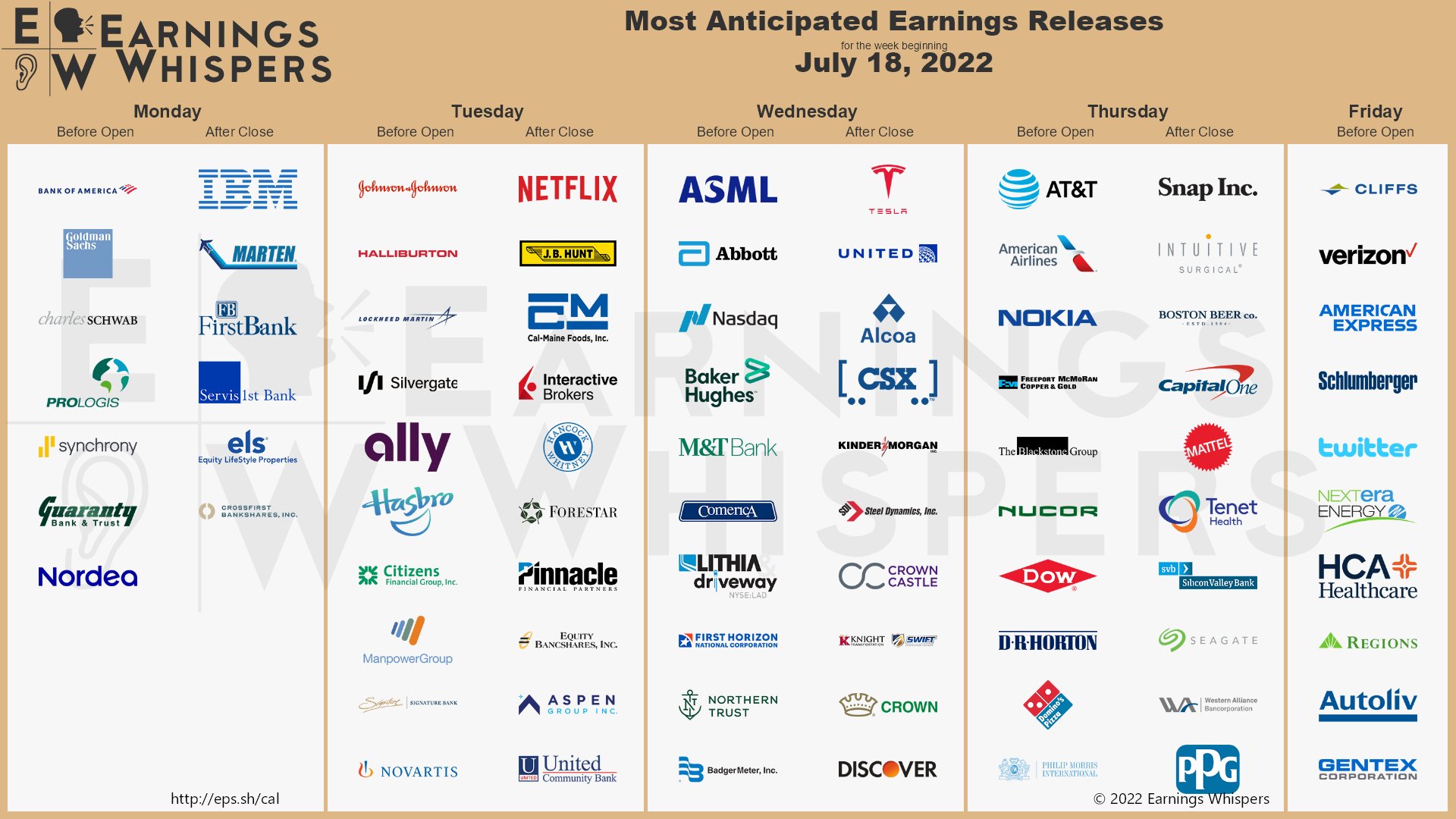 In terms of daily numbers, we will have trade balances in Spain and Italy, and then in terms of quarterly numbers, we will have: Bank Of America, Goldman Sachs, Charles Schwab and Nordea before opening. And then, after closing time, there will be IBM publications to kick off the week softly. At the moment, futures are up 0.4% and the bull market seems to be back – it’s good if we can publish the numbers like last Friday and interpret them in the same way: see only the positive side of things and proceed from the fact that it’s not worse…

Wishing you a great start to the week and see you tomorrow as usual. At the same time, in the same place.

“While no one can go back and start over, anyone can start right now and end in a completely new way.”