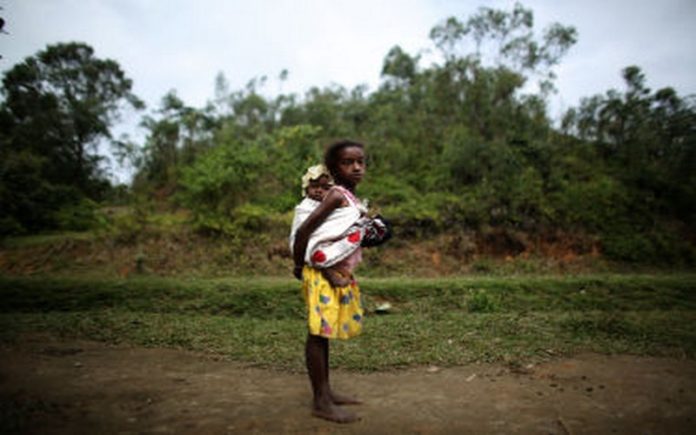 “It was in this emergency that France and the International Fund for Agricultural Development (IFAD) reaffirmed on Tuesday 26 July 2022 their joint commitment to preventing a global food crisis and investing in a more resilient and sustainable agriculture. Statement by the International Fund for Agricultural Development and France regarding the Food and Agriculture Sustainability Mission (FARM) initiative. The document, broadcast by the French President’s news website elysee.fr, notes that the Covid-19 pandemic and the recent war in Ukraine have worsened the state of food security and nutrition. Already in 2020, more than 800 million people were chronically food insecure, according to the UN; the situation is particularly worrisome in Africa, where more than one in five people have experienced hunger.

“This joint mobilization is part of the European FARM (Mission for Food and Agriculture Resilience) initiative. The FARM initiative, launched during the French Presidency of the Council of the European Union, is framed around three pillars dedicated respectively to the fluidity of trade, solidarity with countries most affected by the crisis, and support for sustainable production in developing countries. countries,” the statement said.

Who adds that IFAD has formally agreed to take over the secretariat of the third pillar of the FARM initiative. This “sustainable production” component will focus in particular on the promotion of sustainable agricultural practices that ensure food security and nutrition while combating climate change, biodiversity loss and land degradation.

This roadmap will require the mobilization of all food system actors, governments and relevant regional and political organizations, international financial institutions, bilateral development agencies, as well as farmers’ organizations, research, local governments and civil society. Leveraging IFAD’s technical expertise, FARM Component 3 will enhance collaboration among all stakeholders, strengthen the activities of key players such as the World Bank, the African Development Bank and the Global Agriculture and Food Security Program (GAFSP), and rally donors around high-impact food security projects. security and nutrition, especially on the African continent, according to a press release published by elysee.fr.

The success of this aspiration, realized through FARM, will be based, in part, on the desire of developing countries to transform their food systems and donors to support it with an ambitious funding plan, as well as on close coordination within the efforts launched by the UN Global Crisis Response Team and the initiative G7 GAFS (Global Alliance for Food Security), an important component of which will be actions carried out through FARM, the message emphasizes.

As the President of the French Republic and the President of IFAD reaffirmed during their visit to the Cameroonian capital Yaounde on Tuesday 26 July 2022, the role of the private sector will also be crucial in securing these partnerships in the long term, and it will be about mobilizing appropriate financing instruments for integration companies in the FARM roadmap.

Finally, the text highlights that the manufacturing component of FARM will build on existing initiatives to create a more sustainable and sustainable agriculture and food production, including, with respect to Africa, the Great Green Wall, the African Union Detailed Agenda for the Development of African Agriculture, and Team Europe’s commitment to the transition to sustainable food systems, embodied in particular in the Plant Protein Initiative launched at the African Union-European Union Summit on 18 February 2022.

France will support IFAD by fully funding the secretariat dedicated to this initiative during the first year with $3.2 million and providing technical support, with a focus on impact assessment. In addition, as part of the Memorandum of Understanding signed on Tuesday 26 July 2022, the French Development Agency (AFD) and IFAD are strengthening their collaboration and aiming to maximize synergies between the programs they support. As a first concrete and joint contribution to Component 3 of the FARM initiative, AFD has expressed interest in participating in a joint dialogue with the Cameroonian authorities and IFAD regarding a financial contribution of five million euros to support the development of the agricultural sectors. This project is a demonstration of the acceleration potential that the manufacturing component of FARM should provide, the press release concludes.