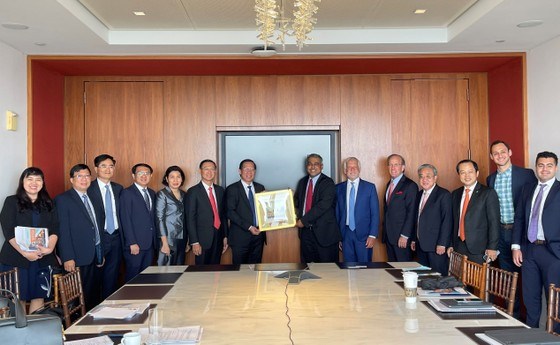 Ho Chi Minh City (VNA) – From 18 to 25 July, the delegation Ho Chi Minh Cityled by Municipal People’s Committee Chairman Fan Wang Mai, begins a visit to the United States to gain experience and call for investment in finance and infrastructure.

July 18 during a workshop with Bank of America (BofA), the second largest banking institution in the US, Fang Van Mai, also secretary of the Central Committee of the party, permanent deputy secretary of the city party committee, expressed a desire to learn from BofA’s experience to make Ho Chi Minh City an international financial center.

For his part, Madhu Kannan, Executive Vice President of Global Business and Investment Banking at BofA, announced the opening of a branch in Vietnam, specifically in Ho Chi Minh City, with an investment estimated at $150 million. The project is progressing slowly due to the impact of COVID-19, he said. As such, he expressed his desire to take advantage of the support of the metropolitan area of ​​the South for this project, so that the BofA branch could quickly become operational.

Reaffirming his support for the establishment of the BofA branch, Fan Van Mai expressed his hope that the BofA executives would visit Ho Chi Minh City to discuss the further content of the cooperation.

On the same day, the chairman of the Ho Chi Minh City People’s Committee held meetings with relevant parties on the construction of the financial center and innovative urban area of ​​Ho Chi Minh City.

He worked for a global management consulting firm. McKinsey and company about the experience of managing and operating the financial district of New York, the combination of the model of a traditional financial center and the model of a start-up support center, a technology incubator and a fintech ecosystem. 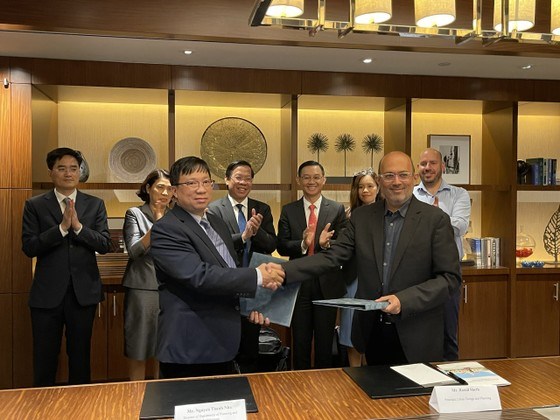 Signing ceremony of the protocol of intent for cooperation between the Department of Planning and Architecture of the city and the Sasaki company. Photo: sggp.org.vn

During a working meeting with Sasaki Associates Inc. The Chairman of the People’s Committee of Ho Chi Minh City said he hoped that this company would cooperate and exchange ideas with the southern metropolis so that it could effectively exploit Saigon’s shores. The river, as well as land along the main transport arteries and the urban railway network.

On this occasion, the Municipal Department of Planning and Architecture and Sasaki signed a letter of intent to cooperate to exchange design experiences, update new trends, methods and technologies in urban planning and public works design.

Further, the Ho Chi Minh delegation held a working session with KKR Investment Fund, the world’s leading investment company, which has invested more than $1 billion in Vietnam over more than a decade.

Ho Chi Minh City People’s Committee chairman Fan Van Mai called for investment in three transport projects, namely the metro, the urban rail network, and the Ho Chi Minh City-Can Tho railway. These projects will contribute to the development of not only the southern metropolis, but the entire region, Fan Wan Mai said.

In the evening of the same day, the delegation visited the Permanent Mission of Vietnam to the UN.

Fan Wang Mai, Chairman of the City People’s Committee, expressed hope that the Mission will help the southern metropolis establish ties and cooperate with companies in United States. -VNA