The European Central Bank announced on Thursday, June 9, the tightening of monetary policy. Faced with inflation set to reach 6.8% in 2022. ECB decided to raise key interest rates and terminate the securities purchase program. While these measures should only have a limited short-term effect on inflation, many observers are concerned about the risk of fragmentation within the eurozone.

European Central Bank (ECB) This was announced on Thursday, June 9th. monetary tightening. Although these announcements were expected in the context of accelerating inflation in the euro area, they allow us to refine the contours of monetary policy in the coming months.

Solution ECB far from unique. Even before the June 9 announcements, most of the world’s central banks, such as Federal Reserve System (FED) in the United Statesannounced that it would take more restrictive monetary policy measures.

In particular, ECB I decided:

Monetary tightening announced ECB falls within the context accelerating inflation. Linked in particular to the strong economic recovery from the Covid-19 crisis, the disruptions that are still occurring in value chains, in particular due to China’s “zero Covid” policy measures, and the war in Ukraine. , Iprice increases must be sustained and stronger than originally expected. Bye ECB predicted in March last year inflation at an average of 5.1%, 2.1% and 1.9% in the eurozone respectively for 2022, 2023 and 2024, now he expects inflation rates of 6, 8%, 3.5% and 2.1% for the same years. 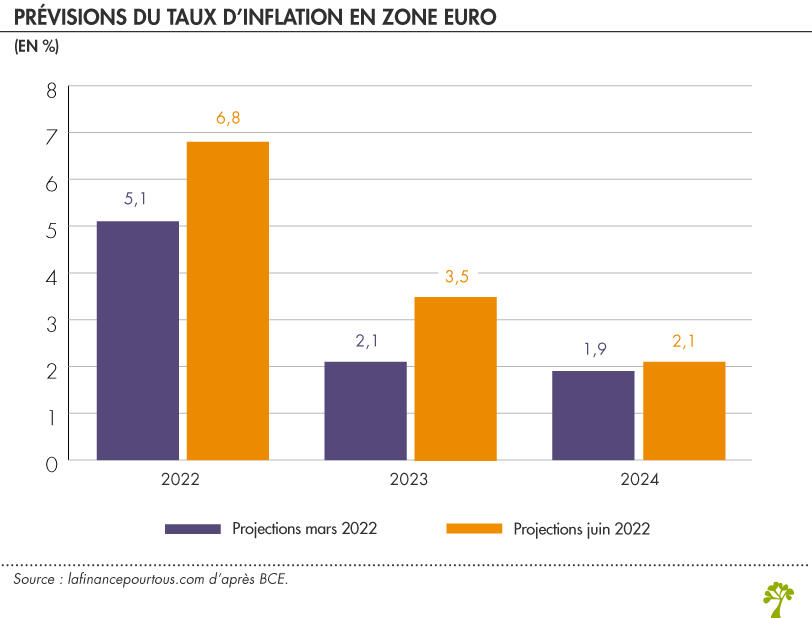 Effects to be expected from such monetary tightening

The monetary policy pursued by the central bank many economic implications. Here we will focus on the following three aspects: inflation, the development of economic activity and stability in the eurozone.

On the way to lower inflation?

In recent years ECB led especially accommodative monetary policycharacterized by particularly low and even negative key interest rates for some quantitative easing measures. This loose monetary policy was intended to stimulate inflation and contain the ghost of deflation, that is, a situation where prices fall. The return of the inflation rate, well above the medium-term target of 2% set by the ECB, means that it is no longer necessary for ECB pursue such a compliant policy.

Tightening monetary policy ECB Will it bring down inflation? If this question divides economists, it nevertheless remains likely that the decision ECB there is only one merelatively small impact on short-term price dynamics. The current inflation is, in fact, largely imported “because it is closely related to the rise in the cost of energy.

To slow down economic activity?

ECB further provides that economic activity will develop in 2022 and 2023 more slowly than originally forecast. According to his latest forecasts, real GDP should indeed increase by 2.8% and 2.1% over these two years, while forecasts made in March last year called for economic growth of 3.7% in 2022 and 2. .8% in 2023. 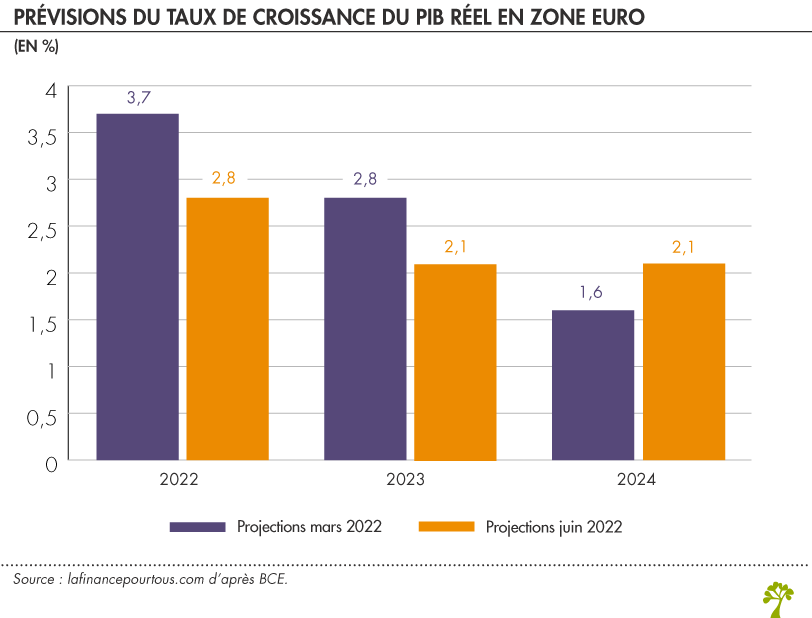 While monetary tightening is far from being the main factor behind this economic slowdown, it should contribute to it, in part by an increase in the cost of credit and a slight change in financing conditions in the euro area.

To the risk of fragmentation within the eurozone?

A slowdown in economic activity is not the only risk facing ECB tightening monetary policy. In fact, many observers are concerned about the return of risk eurozone fragmentation. From announcements ECB Thursday, June 9, at the beginning of the day, distribute Thus, Italy has risen sharply and approached the level reached in March 2020 at the beginning of the Covid-19 pandemic. In particular, it exceeded the mark of 200 basis points, or 2 percentage points. 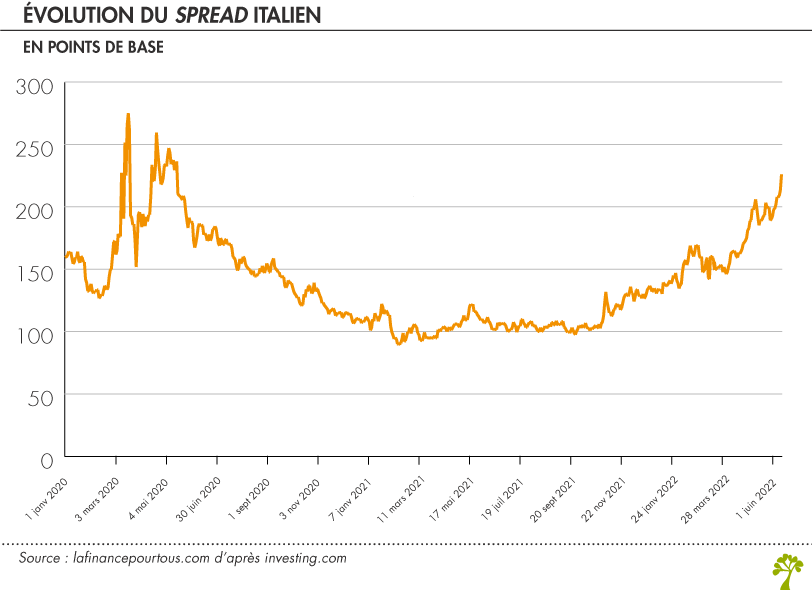 If a spreads remain in the euro area at levels that are still well below those recorded during the euro area public debt crisis of the early 2010s, their rise could, if prolonged, disrupt ECB. It points to risk. fragmentation in the euro area, where differences in funding conditions among the 19 eurozone countries could make ECB monetary policy, unique by definition, less effective.