When I started writing these columns about the stock market, it was 17 years ago (or almost). We were in a wonderful world where the markets were just growing and where we started to think that working was no longer just an option, but making money in the stock market had become a way of life. Two years later we discovered the SUBPRIME concept. For many of us it was an absolute mystery, but the market crashed and I remember the special moment when we saw the Lehman traders coming out of their offices with their boxes, the moment a client said to me, “I will never buy shares again! Will NEVER come back!!! “.

We were more or less at 666 on the S&P500. Still far from where we are in the US index. And that’s despite last night’s apocalyptic shutdown. Yes, the S&P500 is in a bear market. This has been hanging in front of our eyes for a long time, and doubts about inflation, fears about rising rates, and the furious “hawk aggressiveness” of the Fed, banishing all doves from the social circle at the FOMC meeting, will be correct. investors who began to show the first signs of capitulation.

Needless to say, we were spared nothing. First of all, these were the leaders of the KPI, who continued their long work of undermining. One has to assume that the entire weekend plus Friday noon will not be enough to digest the fact that there has not yet been peak inflation this month. So we spent most of the day moping, thinking that the Fed would really have no choice but to pull out the big guns to put a stop to inflation once and for all – but suddenly, what about growth???? Are we in a recession? We could ask a question.

The Return of the Experts

And we weren’t the only ones asking this question, as all the finance stars, investment visionaries, and Merlin, the wizard of Wall Street, pretty much DONE EVERYTHING, quote: THE FED MEETING.” Yes, because it would still be stupid to look like an idiot tomorrow night because we weren’t aggressive enough about what Jerome Powell was going to announce. Last Friday, we were already completely mired in the concept of “PEAK INFLATION”; Twice in less than 5 days, that wouldn’t help her with year-end grades and the bonuses that come with them.

So yesterday, whether it’s JP Morgan, Goldman Sachs or Jefferies – I forgot some of them – they all came to announce with one voice, with one mindset; that the Fed may well raise rates by 0.75% rather than 0.5%. So the real surprise would be a 1% increase. It’s interesting to note that everyone set themselves up to “expect a big rate hike from the Fed” when six months ago we were told that Powell’s job was to raise rates carefully and delicately. And then all of a sudden the steamroller is welcome, because we panic just at the thought that inflation could go so fast that we’ll never catch up with it. It is clear that what was microsurgery with a laser scalpel has become a real carnage with a jackhammer and a mechanical shovel.

Thus, we are witnessing a total panic. Whether it’s on the side of investors, who finally seem to be in a liquidation phase – even if volatility remains very (too) low – or on the side of the Fed, which appears to be spending its day breathing into a bag of paper to prevent panic attacks. In any case, the FOMC meeting starts today, so the discussions will go well, but you should keep an eye on the PPI numbers, which will be released this afternoon. We would miss the latter being as strong as Friday and JP Morgan, Goldman Sachs and Jefferies will land tonight to tell us they expect a rate hike of at least 3% as we are confident that inflation will not increase. nothing else, and economic growth will just be a concept from another time when you didn’t drive a Ford Interceptor across Australia to fill up.

Be that as it may, yesterday we were in the “bloodbath” mode, and nothing spared us. The S&P 500 ended its session in a bear market zone – and since then we can no longer open a newspaper without stumbling upon charts, tables and explanations of the sequence of events and the possible identification of a “bottom”. We forget that after the panic phase, there is also a phase of surrender and disappointment. Only then can we start telling ourselves that we are finding the bottom. We will still be depressed, we will not believe it, but it has already gone up – but the client will still be in the “NEVER BUY SHARES AGAIN!!!” mode. And it will only be until his dentist friend tells him that he made 35% in three days by buying a biotech company developing a drug that makes the paralyzed walk again and propagates bread.

a glimmer of hope

So the markets exploded again and all of May’s support surged. Whether it’s on the Nasdaq or whatever. European indices have not been spared either, and this can be largely understood. Yes, because even from the US we are wondering what the ECB is doing with homeopathic interest rate hikes while the Fed is panicking because they are losing what little they have left over inflation.

Madame Lagarde is under the impression she is “honing her strategy, working with the delicacy of a bee pollinating a flower” while the Fed is cleaning up the economy with an anti-hydrant riot. All of a sudden, the CAC and DAX wiped out support and destroyed the semblance of a bullish trend that took three months to build. We can only see the damage this morning when we are already wondering when it will increase. Another good reason not to get carried away. As for me, I think that until Thursday morning I will sit back and meditate a little, so as not to try to enter this market too early, which continues to show that it can be worse. . Significantly worse. 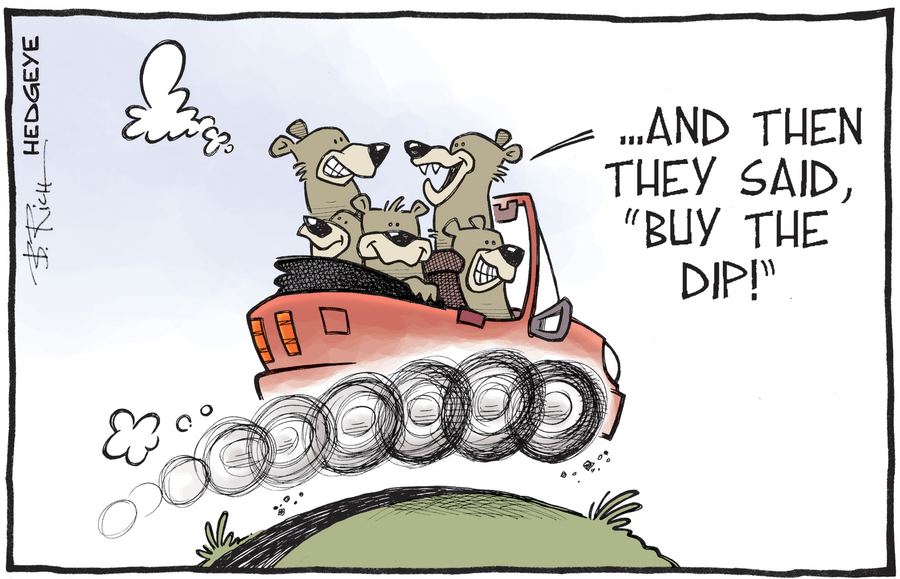 In Asia this morning, we can only see the damage and accept that Americans will have no choice but to watch rates rise much faster than expected, and that this time again, Powell will do his best, but it will stop inflation. All hits will be allowed, even rolling above the knee, cm above the thigh, into the genitals. Currently, Japan is down 2%, Hong Kong is down 1.2% and China is down 1.6%. U.S. futures were up 0.7%, though, but given what we got, that looks more like a “dead cat bounce” than anything else. Especially before PPI and FED, all in less than 28 hours.

If you want to talk about surrender, liquidation, there is a sector that you must pay attention to; it’s crypto. We are not going to go there in four ways. If yesterday’s drop in US indices was violent, then it has nothing to do with the jail that bitcoin or ether and all their cousins ​​​​and friends have taken. Bitcoin is currently trading at $22,000 and we were below $21,000 this morning. Ether is worth $1,160 with a low of $1,075. I’m not painting a picture for you, but we’re going to say that there’s a lot of panic and that everyone goes out and suddenly finds it super interesting to buy 10 years at 3.35% – no more dreams of greatness and the Bugatti Chiron is camouflaged. At least for now. It must be said that the fact that some institutions in the ecosystem blocked the possibility of withdrawing or transferring funds did not fully motivate investors. It should also be noted in passing that Microstrategy, which has a “business plan” to buy bitcoins and that’s it, was literally beheaded yesterday and lost 25%. Not to mention the guys borrowed money to buy bitcoin. Hooray.

In the rest, only oil becomes more expensive. After falling yesterday morning, WTI is back above $120 and gold, which I remind you is an INFLATION PROTECTION, just exploded from $40. Think Charles.

In the news of the day, we clearly remember that all the newspapers and other media have agreed to give us a bearing on the bear market, how long it will last and what it will take to get out of it. It’s the only thing you’ll find in today’s news.

Oh well, that’s not entirely accurate, we’re also talking about bitcoin being killed, that Binance is suspending bitcoin withdrawals, and on top of that, the Terra/Luna case is worth a lawsuit against the platform (however, it seems to be working again). We’re also talking about the EXCELLENT quarterly numbers released by Oracle, which rebounded 15% after the close. There are also banks funding Elon Musk for his takeover of Twitter, who are wondering if they’d be better off funding him to crash the deal and leave Twitter instead of being stubbornly willing to pay $54 for something when you can find it on Ali Express for $36. When Musk announced his intentions, the Nasdaq was up 25%, and without it, I think Twitter would have been trading at $25. Another figure, for the joke of the day: Since we hit the top of the market, we’ve lost $9.3 trillion in market capitalization. During the COVID crash, we lost 9.8 trillion and gained 18 between the lockdown and the peak of the year. For example, if it continues to fall, one wonders what purpose the cash injections served if not to create runaway inflation. Another fun number to remember; in a recent survey (poll taken on this full moon night) we found out that 91% of investors plan to buy cryptocurrency in the next 6 months, so we have not completely capitulated yet. There is even a hedge fund manager who believes that bitcoin could “easily” rise to $100,000 in the next 24 months. Hey, it’s more Christmas… Or whatever it is in two years.

Today, in terms of economics, we will have a CPI in Germany just to see what Lagarde is going to do with his homeopathic pills to fight the beast. There will also be ZEW in Germany and Europe, not forgetting, of course, PPI in the USA. The FOMC meeting starts today, Powell will talk to us tomorrow, and instead of speculating about what the Fed might do this or that, we will have something concrete, but let’s remember two things this morning, two BLOWs:

At the moment, futures are gaining momentum, opening up 1%, but yesterday, when we see 4%, most of the commercial banks that say we are all going to die and BlackRock that say it’s too early to buy back shares, we still did not leave the hotel, which is located at the bottom of the pit, deep in the forest.

Have a nice day and see you tomorrow to sum up!

“We need to understand, first, that market failures happen; and second, there are such things as asset bubbles and irrational exuberance. There are periods of booms, bubbles and manias. These things, if left alone, can lead to accidents, arrests, panic.”
— Nouriel Roubini