” You can make fortunes on cryptocurrencies says Jim Cramer, a skeptic who recently switched to bitcoin. However, many crypto enthusiasts do not hesitate to warn against his advice. We explain to you the reasons. 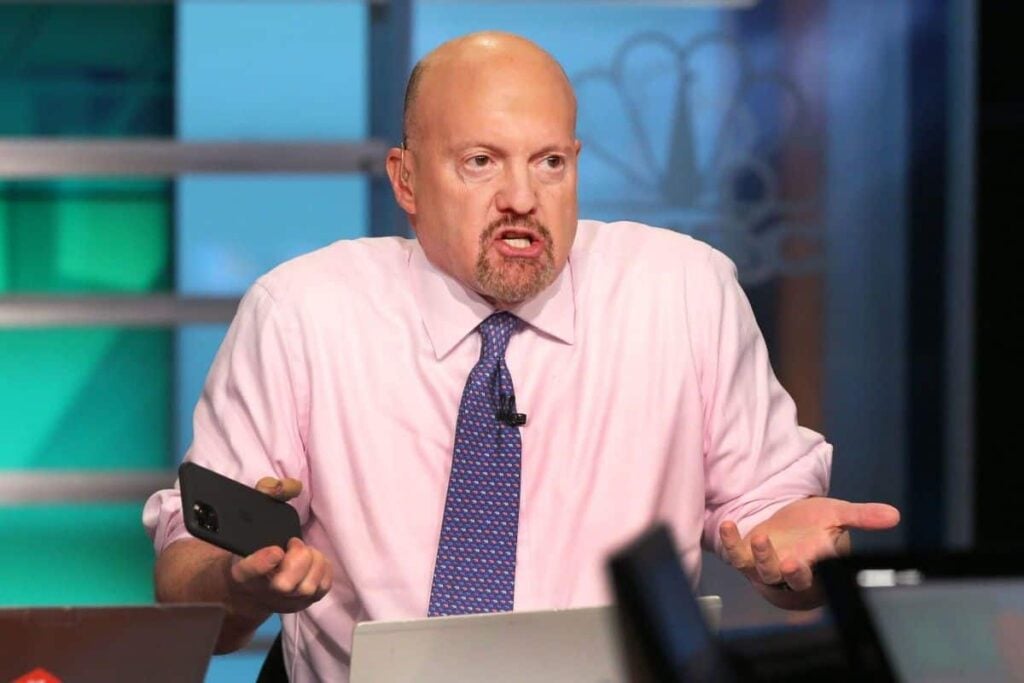 Cramer advises investing 5% of your savings in bitcoin

Jim Cramer was known as a strong supporter of traditional finance long before 2018. This was at a time when bitcoin was dropping to $6,000 per coin. Two years later, the world was surprised by Kramer’s sharp turn. Indeed, the host of the Mad Money program announced that it is possible to accumulate fortunes in the universe of cryptocurrencies.

In an interview with CNBC’s Make It, Kramer admitted to owning Ethereum. Reason for this purchase? His intention is to profit from an NFT launched during a charity event.

” I had to buy it on ethereum, so I did a little research and found that it has qualities that I like.” acquitted the one who previously claimed that there was no “There is no real value in cryptocurrency At one time, Jim Cramer even went so far as to predict a further fall in the crypto market.

After his remorse, he supported ETH and BTC without hesitation. He also gave some advice to investors, namely:

He recently welcomed the launch of an investigation by the Securities and Exchange Commission (SEC) against Coinbase. After all, the latter would offer to trade “ securities » are not registered with the regulator.

” I have been waiting a long time for the SEC to launch an investigation into Coinbase. Now we are here. You can’t do what you want with titles in this country… “, he tweeted.

He’s not as holy as he seems

Cryptocurrencies do not have no real value Jim Cramer launched at a specific time. The advice he gave here and there seemed not enough to restore his reputation.

Some crypto enthusiasts, such as John E. Deaton, go so far as to berate him on Twitter, posting messages like this:

” I’m sorry @jimcramer, but I have to admit that your comment is the most optimistic sign of cryptocurrencies in recent weeks. “.

On Quora, founder We believe in bitcoin also warned bitcoiners about the words of this stock picker noting:

” Beware of Jim Cramer and his famous advice about the world of cryptocurrencies or the stock market.… »

Didn’t he emphasize that he entered the world of cryptocurrencies as a “gamer”?

” I didn’t buy bitcoin or ethereum as inflation insurance. To be honest, I played. I was just playing with crowd psychology and I have no idea why these things went up, except that there are a lot of over-enthusiastic people who want to buy high and sell high. »

This is indeed the greatest madman’s theory that Bill Gates did not hesitate to link to crypto assets when he spoke on the subject.

Let’s also not forget that two years ago, Kramer was a true fan of Coinbase. Now that the US stock exchange is in good shape, it is switching sides. Deaton didn’t appreciate the gesture.

As for the question ” we should be wary of Kramer The answer depends on each investor. If the use of the word “play” may be disgusting to bitcoin holders and bitcoin users, beginners may see it as something that reduces the risks associated with this adventure. Because the level of tolerance for risk in different people is different. And given the volatility of bitcoin and other cryptocurrencies, using 5% of your savings seems more reasonable. At this point, the ball is on your side.

Stay up-to-date on the world of cryptocurrencies by subscribing to our new daily and weekly newsletter so you don’t miss any important Cointribune news!

Blockchain and crypto revolution is in full swing! And on the day when the most vulnerable economy of this World is being hit, against all hope, I will say that I had something to do with it.