Dbart News
It was Wednesday, July 20, on the occasion of the US-Africa Business Summit in Marrakech. Akinwumi Adesina urged US investors to see Africa as a logical investment destination and engage in mutually beneficial partnerships there.

According to the president of the African Development Bank, US investment is playing a key role in accelerating infrastructure development on the continent. “This is a propitious time for large-scale American investment in Africa,” he said before the launch: “The future does not wait. Africa’s time has come, Africa has a bright future. We are open for business and welcome you with open arms. »

in US Corporate Council Africa is collaborating with Morocco to organize this summit on the theme “Building Together Forward”. The event was attended by investors and business leaders from around the world. Among the dignitaries and leaders who responded to the invitation were Botswana’s President Mokgwitsi Masisi and US Vice President Kamala Harris, who addressed delegates via video message. Moroccan Minister of Foreign Affairs, African Cooperation and Expatriate Affairs Nasser Bourita, Director General Millennium Challenge Corporation Also present were American Alice Albright, President of the General Confederation of Moroccan Enterprises Chakib Ali and Director General of NEPAD, the African Union’s development agency, Nardos Bekele-Thomas. More than 400 business and government representatives had the opportunity to discuss strengthening trade, investment, and trade ties between the United States and Africa. 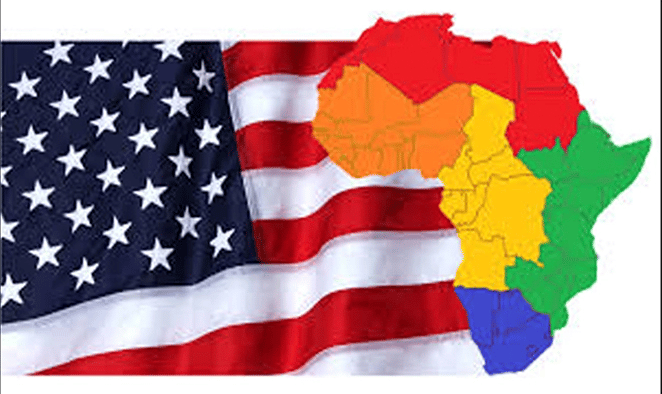 “We are focused on the urgent need to increase food production and exports to and within Africa,” US Vice President Kamala Harris said in a video message. She emphasizes that public-private partnerships can play a key role in this regard.

Kamala Harris also acknowledged the importance of strengthening relations between the United States and African nations: “President Biden and I look forward to welcoming leaders from across the African continent to Washington, December 13-15, for the United States-Africa Conference. Summit of leaders,” she said.

Akinwumi Adesina listed some of the multibillion-dollar investments in Africa that testify to the investment potential of the continent. He mentioned Dangote Group’s $20 billion refinery and fertilizer complex in Nigeria, as well as South Africa’s MTN Group, which currently operates in 19 markets.

Despite disruptions caused by the Covid-19 pandemic and its impact on the economy, the number of private equity transactions in Africa increased from 230 in 2019 to 255 in 2020, said the president of the African Development Bank, noting that even in turbulent times, opportunities never cease to abound in Africa.

Akinwumi Adesina spoke about the African Development Bank Group’s investments in improving living conditions and the economy. And to point out that in the last six years alone, the Group has invested more than $44 billion in the infrastructure of the continent – in particular, in transport, energy, water supply and sanitation. However, he noted that Africa still faces an annual infrastructure funding gap of $68-108 billion.

“We are all here mobilized to create more pathways to prosperity on the African continent,” said Alice Albright of the Millennium Challenge Corporation. Through Prosper Africa (a US government initiative to increase trade and investment and promote sustainable development on the continent) and our collective efforts, we are strengthening partnerships so that people on both sides of the Atlantic have the opportunity to improve the lives of their children, families and communities, and to realize their full potential. potential. Since the launch of Prosper Africa two years ago, the US government has supported 800 bilateral trade and investment agreements in 45 African countries worth about $50 billion. »

Akinwumi Adesina urged US companies to invest in the opportunities opened by the African Development Bank Group’s $1.5 billion African Emergency Food Production Fund (https://bit.ly/3Owmg0x), designed to mitigate the impact of the current global food crisis. which was exacerbated by the Russian invasion of Ukraine. The facility, the first of its kind, is designed to help countries acquire and distribute fertilizer and agricultural seeds, provide emergency support during the next planting seasons, increase food production by 30%, and produce food worth the equivalent of $12 billion.

In his opening speech, Moroccan Foreign Minister Burita said that now is the time to strengthen cooperation between Africa and the United States. “It is time for Africa to reap the rewards of its potential, to play a central and natural role in the international arena and in the main events taking place in the world,” he said.